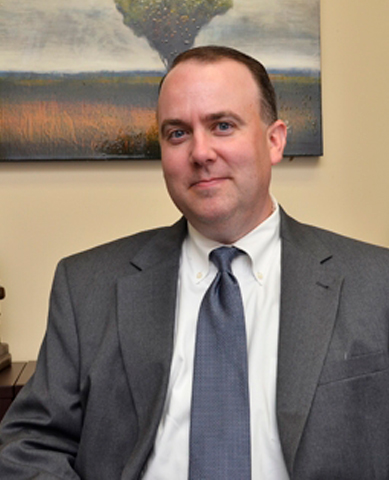 Kenneth P. Skibinski is our second graduate from The University of Scranton where he received a B.S. in History. As such, he occupies the office adjacent to Walters in the southeast corner where the two are often found sharing lunch watching reruns of The Office. In an effort to add a little color to his bio we actually Googled “Highlights in Scranton.” The first result -and we kid you not- was a hair salon off Main Street near the Steamtown National Historic site. If that wasn’t true it would be a bad pun. After leaving Scranton (the second highlight listed), Ken went on to receive his J.D. from the University of Pittsburgh School of Law. Prior to joining the firm, he did 7 years hard time at a maximum security regional defense firm where he learned the value of negative reinforcement.His move to Bolan Jahnsen Dacey came as no surprise to his astrologer and high school guidance counselor who said he was either destined for great things or to work closer to home. Ken brings with him a variety of experience in civil litigation, General Liability, Products Liability, and Trucking.We’ve been debating on whether to disclose that Ken is an Elvis impersonator. Most of us feel that what he does in his spare time is a private matter, even if it is something as public as donning a rhinestone studded, white, bell-bottomed suit and belting out “In the Ghetto” while distributing sweat soaked silk scarves to octogenarians who have long forgotten the King is actually dead. Ultimately we decided to let Ken have the last word on this, but unfortunately, he has left the building.