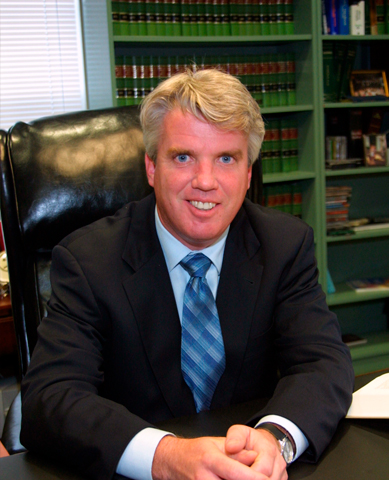 When Daniel S. Jahnsen started the firm he benefited from the friendly advice of a local businessman who said, “Son, the true secret of success is to surround yourself with people who are smarter than you,…and in your case that should be pretty easy.” Dan does, however, come with some credentials. Upon graduation from Seton Hall University. he next hopped the #31 bus to Newark where he continued his ersatz erudition at Seton Hall Law. In his first job with an established North Jersey firm, he gained a taste for civil litigation and, lacking any transferable skills, he has remained in that rut ever since. Still, Jahnsen believes “If you’re in a rut, you may as well make it interesting” and, in following his own advice, he has cultivated a clientele who have blessed him with the opportunity to try a wide variety of cases. He has gained their confidence by having amassed more than 200 verdicts before juries and in his participation in numerous Appellate and Supreme Court decisions on issues ranging from evidence, negligence, insurance and trial practice.

He suffers from the delusion that law is actually a creative process ranging from Professional Malpractice, General Liability, Public Entity, Hospitality and Entertainment, Employment, Coverage, Reinsurance Disputes, to Constitutional Law. His reputation as a successful trial lawyer gives him the unique ability to effectuate settlement and/or negotiate innovative high-low agreements in matters that would otherwise involve significant potential for excess exposure. In addition to his courtroom work, Mr. Jahnsen is a frequent lecturer to insurers and claims organizations and frequently consults on exposures nationwide.

Dan has served as board member of the New Jersey Surplus Lines Association, and a member of NAPSLO, DRI, PLUS, and the American Bar Association.

In addition to trying cases Dan is also certified as a mediator by the Program on Negotiation at Harvard Law School. He is frequently utilized by the court in the mediation of personal injury negligence, professional negligence and has served on the Superior Court of New Jersey Monmouth County Blue Ribbon Settlement panel.