I hope this post finds you well.  We at Bolan Jahnsen are working hard to continue uninterrupted service to our clients while maintaining safe working practices in an effort to do our part in flattening the curve.  We are all — staff and attorneys — fully equipped to work remotely and fully capable of remote conferencing whether with the court, counsel, or clients.  (shout out to Zoom, Google Hangouts, and to our kids who have brought us up to speed on how to use them.)  Stay safe and stay physically distant but emotionally connected!!

The following was recently published in the New Jersey Verdict Review:

We are pleased to announce that Pamela Madas Snyder, Esq. has joined the firm broadening our practice areas to include Wills, Trusts, guardianships, and real estate law. We are very happy to be able to offer these new services to our clients and, better yet, everyone at BJD now has an updated Will and Power of Attorney courtesy of Pam and we can now discard our old documents that were cobbled together with Wikipedia and Google searches.

Dan Jahnsen once again volunteered his time to Brielle Elementary School to teach 8th graders the art of giving a speech. This year, instead of a debate type format, Dan choose to have the kids write a speech and delivery it to Veterans of the Vietnam War. This was a touching event for the kids, the Veterans and those in the audience. On this Memorial Day, we would like to not only remember those who died serving, but thank surviving Veterans and all those who chose to serve in the armed forces. Thank you for your service. 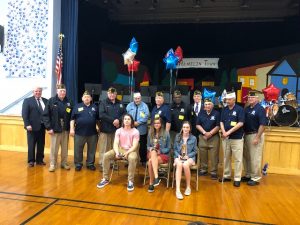 Dan Jahnsen and Tom Walters are looking forward to the Retail, Restaurant & Hospitality Conference, conducted by The CLM (Claims and Litigation Management) Alliance on February 7-9, 2018 in Dallas. They and a few industry leaders will be presenting “Beyond the 5-Second Rule: Serving for the Win in Food Poisoning Cases.” It’s sure to be a savory treat!

The Appellate Division just declared that medical expenses above PIP limits chosen in a standard auto policy are recoverable from tortfeasors. The consolidated decision of Haines v. Taft and Little v. Nishimura involved plaintiffs who selected policies with $15,000 PIP limits under N.J.S.A. 39:6A-4.3(e). Before this decision, there were conflicting trial court opinions as to whether excess medicals could be recoverable, or whether any bills between the selected limit and the $250,000 statutory limit would be barred. The court in Haines/Little ruled that evidence of medical expenses between the $15,000 selected limit and the $250,000 statutory limit is admissible against a tortfeasor as “economic loss” defined by N.J.S.A. 39:6A-2(k).

Hopefully the legislature and/or the Department of Banking & Insurance will act to mitigate this threat to the cost-saving measures of the limited policy legislation. Meanwhile, defense counsel and insurers will have to proactively contain excess medical expenses by applying bill reviews and other methods typically used by PIP carriers to evaluate reasonableness and necessity of medical expenses.

Give us a call with any questions or for assistance in defense of your New Jersey claims.

The firm is proud to announce that Daniel S. Jahnsen has been nominated and accepted into the Claims & Litigation Management Alliance (CLM) The Alliance’s mission is to promote an inclusive, cooperative organization that furthers the highest standards of claims and litigation management and brings together the thought leaders in both industries. Through education and collaboration the organization’s goals are to create a common interest in the representation by firms of companies, and to promote and further the highest standards of litigation management in pursuit of client defense. Selected attorneys and law firms are extended membership by invitation only based on nominations from CLM Fellows.

We are proud of our affiliation and look forwards to our role advancing the Alliances objectives. 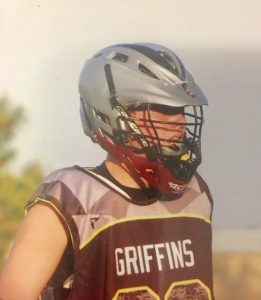 As Judge Sabatino writes in his opinion, it was a close game, with only 20 seconds left on the clock and, up by one goal, the Medford youth lacrosse player cradled the ball attempting to run out the clock. Along came an 11 year old opposing player, who struck the arm of the Medford player and, in the ensuing collision, both players fell to the ground. With play whistled dead, the Medford player was taken to the sideline, then eventually to the ER where he was diagnosed with a fracture significant enough to require open reduction and internal fixation. Incredibly, that check formulated the basis of a lawsuit filed against, among others, the opposing 11 year old lacrosse player.

Even in New Jersey, thankfully, logic sometimes prevails. The Appellate Division in a published opinion upheld the trial court’s dismissal of the lawsuit against the boy. In formulating its opinion, the court took judicial notice that children “will inevitably commit fouls in sporting activities out of inexperience, youthful exuberance, lack of self-discipline, clumsiness, immaturity, frustration, or some combination of those traits.” While I thought the judge was referring specifically to my son, he was actually citing to the 2014 Boys Lacrosse Youth Rule Book. As the court concluded, the prospect of a lawsuit should not crop up every time the referee calls a foul.

On behalf of all Soccer (and Lax) Moms, thank you Judge Sabatino.

The Supreme Court in Washington v. Perez clarified application of the adverse inference charge as applied to a party’s failure to call an expert. In that case, the defense had named two experts who provided opinions as to the extent of the plaintiff’s alleged injuries. However, for reasons not elaborated upon by defense counsel, neither of whom were called to testify at the time of trial. The plaintiff’s attorney sought and the judge agreed to issue an adverse inference charge. Moreover, in closing plaintiff’s counsel alluded to some nefarious concealment on the part of the defense in their failure to call the experts. The Supreme Court reversed the trial court finding error in issuing the adverse inference charge to the jury, explaining that, in regards to experts, the charge is appropriate in only the rarest of circumstances.